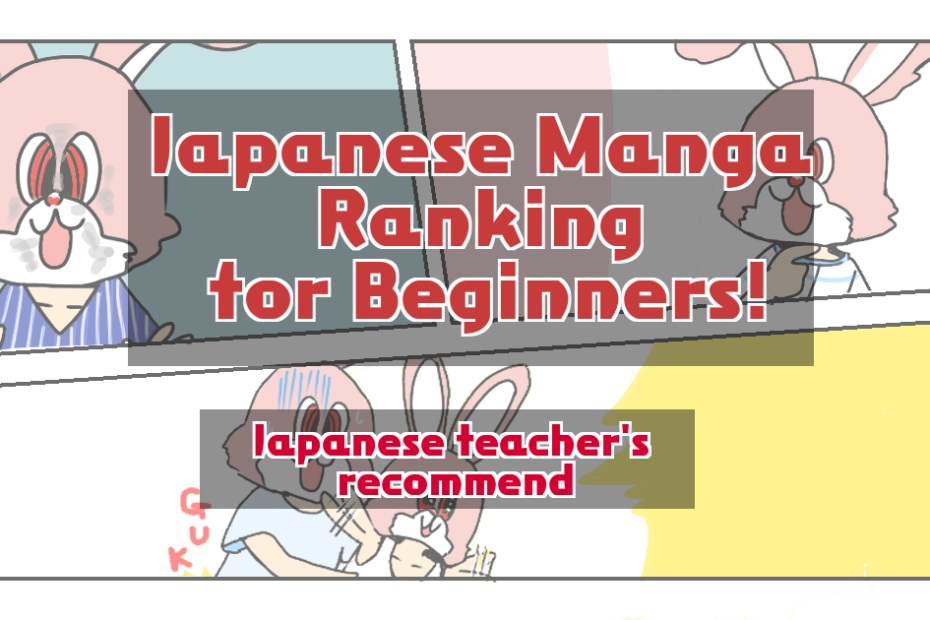 Welcome to our Japanese cram school!

In this article, we present  simple and easy Japanese Manga for beginners .

先生
Wow, what Japanese have you learned?
Rasengan!!!

先生
Oh.. but It’s great, you can read difficult Kanji.

Manga. It is one of the most recommended methods to learn Japanese.

Because enjoying is the greatest way to memorize.

Here are 15 titles to get you started!

I can recommend family and school life, comedy Mangas because it’s easy to understand Japanese and Japanese culture.

Yotsuba is a five-year-old girl and moved with Daddy to a new house.

It’s built around her day to day life and interactions with her family and neighbors.

“Yoruba &!” is good for your first attempt to learn Japanese manga!

Because The vocabulary is very simple and useful.

“Polar Bear Café” is about the daily lives of animals at the café run by a Polar Bear.

Customers are panda and penguin, grizzly, and so on.

The vocabulary is simple and easy to understand.

We recommend the anime too. It’s spoken slowly.

Satsuki and her little sister Mei moved into a historic country house with their dad.

They met firsthand mysterious creatures that live in the forest…

If there is Ghibli Movie that you like, that is recommended to read to learn Japanese.

You can enjoy the Studio Ghibli stories also with manga!

A kitten finds herself lost and separated from her family.

She is rescued in a large park by a young boy named Yohei and his mother.

He take the kitten home, but, as pets are not allowed in their house.

So they try to find her a new home…

“Yugami doesn’t have any friends”

Chihiro Watanuki is a transfer student at her new high school.

Sawako always had trouble fitting in.

But her whole life changes when she befriends the most popular boy in class, Shota Kazehaya…

It’s popular not only with women but also with men in Japan!

A music student Shinichi Chiaki dreams of studying abroad and becoming a conductor.

However, his fear of flying grounds his lofty plans!

One day, he meets fellow student “Nodame” known to be a “pervert”…

Every night she searches for a good place to enjoy her meals.

Perhaps she’ll sit next to you?

The Chibi Maruko-chan television series is known around the world.

The author modeled the character after herself as a child.

It’s easy to understand and without using slung.

Sazae-san would embody the image of the modern Japanese family after WWⅡ.

It’s built around Sazae’s ordinary life and interactions with her family and neighbors.

There are some old phrases, so It’s sometimes a little bit difficult Japanese.

But you can learn without using slung, polite Japanese.

What kind of Manga is most popular in the world?

NARUTO? DRAGON BALL? Or ONE PIECE?

But why Japanese manga has no color?

I don’t know why.. maybe because of the cost??

It’s great to have manga that help to improve your Japanese.

But you can also read Japanese manga for free on online.

Japanese in Anime and Manga

You can learn Japanese with Anime and Manga.

You can read some Japanese manga books and watch animations, films.

Now you can get for free for 31 days.

There are lot of Shojo here!

You can read some Japanese manga books and watch animations, films and so on.

Now you can get for free for 14 days.

You can find “JUMP” manga here!

You can read some Japanese manga books and watch animations, films and so on.

Now you can get for free for 14 days.

You can read some Japanese manga books and watch animations, films, and so on.

Now you can get for free for 31 days.

We recommend this, if you have an amazon account.

You can find free Japanese manga from Kadokawa.

You can read some Japanese manga online for free.

There are some free Japanese manga to read online.